● Indications: Arrhythmias
The number of domestic patients with arrhythmias (ventricular tachycardia (VT) and ventricular fibrillation (Vf)) is estimated to be 5,000 to 11,000 yearly. So far radio frequency ablation catheters(RFCA) are the main existing therapy, but it has several fundamental limitations, including limited ablation depth, thrombus formation, and prolonged inflammation.
SWCS developed by Prof. Shimokawa’s group uses a non-thermal process to converge the shock wave to the arrhythmia source for treatment, so it does not cause damage to the tissue surface and surroundings due to heat, and the depth of ablation can be set larger. It could become a more effective and safer option for arrhythmias. 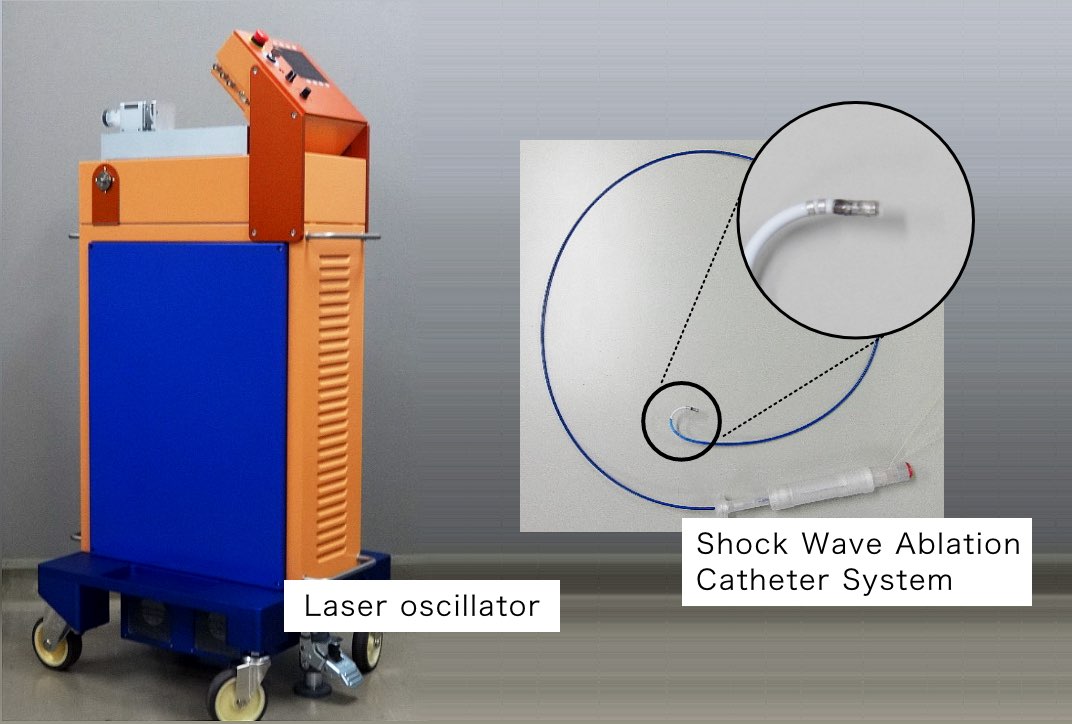